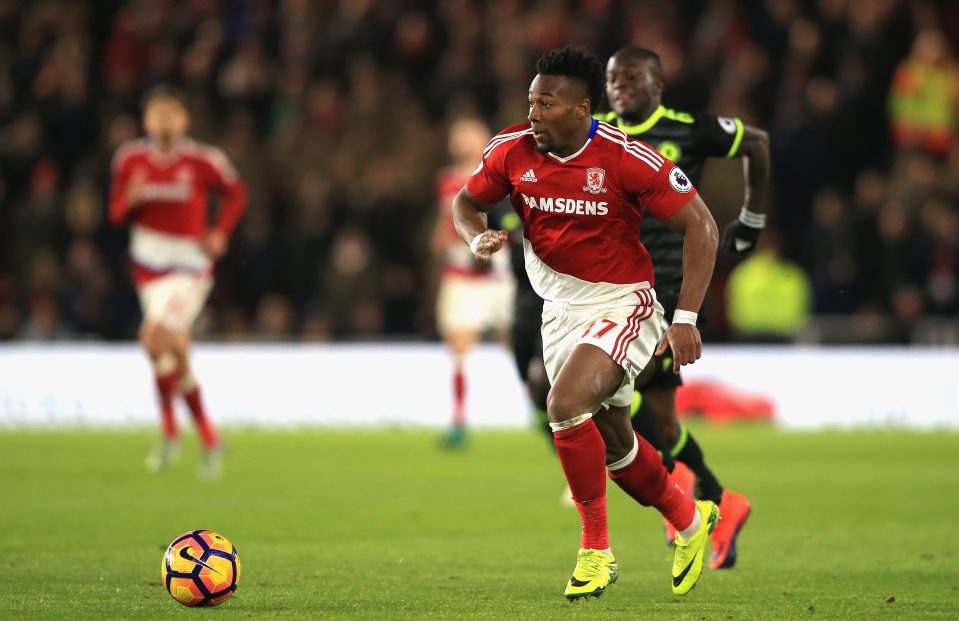 It is all but understood that Antonio Conte is having a glance in the market to further enhance his title credentials this season. During the summer transfer window, we witnessed a number of high-profile names linked with a move to the blue half of London, but none of those “profound” names joined the club.

Now with January transfer window right in front of our noses, we expect a similar irk of rumours, but a recent report from Sky Sports has certainly shocked the spectators as it states that Antonio Conte has made an enquiry over the availability of Middlesbrough’s 20-year-old winger Adama Traore.

This certainly comes as a surprise since the youngster is yet to hit the ground running. Till date, he has started 8 of his 14 Premier League games and is yet to score a goal, but what might have strike Conte’s vision is his brilliant pace. Up until now, we all are aware of the fact that Conte prefers the players who have a pace to burn and Traore certainly has that in his arsenal.

Furthermore, Chelsea have gathered a great capital with the sale of Oscar and John Obi Mikel, and it is quite fair to say that Conte knows what he is doing. His signings like Marcos Alonso and David Luiz came under heavy scrutiny, but the defenders have certainly responded in style.

To know something about Traore, he is a La Masia graduate and was brought in England by Aston Villa back in 2015. As the Villians went down the drain and were relegated to the Championship, Adama signed for Middlesbrough back in August 2016.

But even after all this, here comes the catch!

Even if Chelsea manages to sign this promising youngster, they will be made to send him on loan to Riverside for the rest of the season, as the rule from FIFA indicates that a player cannot play for three clubs in a single season. Yes, he has already played a game for the Championship side – Aston Villa – this season. So a move can be on the cards, but he will only be able to step on the grass of Stamford Bridge in the 2017-18 season.

Traore certainly is an unknown quantity, but there is hardly any player who have suffered a downfall under Antonio Conte. Furthermore, it is all but understood that the 20-year-old will be battling it out with Victor Moses for a starting spot and if this move is technically observed, Conte is right in pursuing the youngster, as Chelsea will be plying their nails in the Champions League next season, hence, they will be needing a sustainable depth in the wing-back spot.

Chelsea To Miss Out On £70,000-a-week ‘Dedicated’ Winger From London Rivals

Chelsea Are Planning To Complete Bumper Deal For Striker – £200,000-A-Week Deal To Be Offered